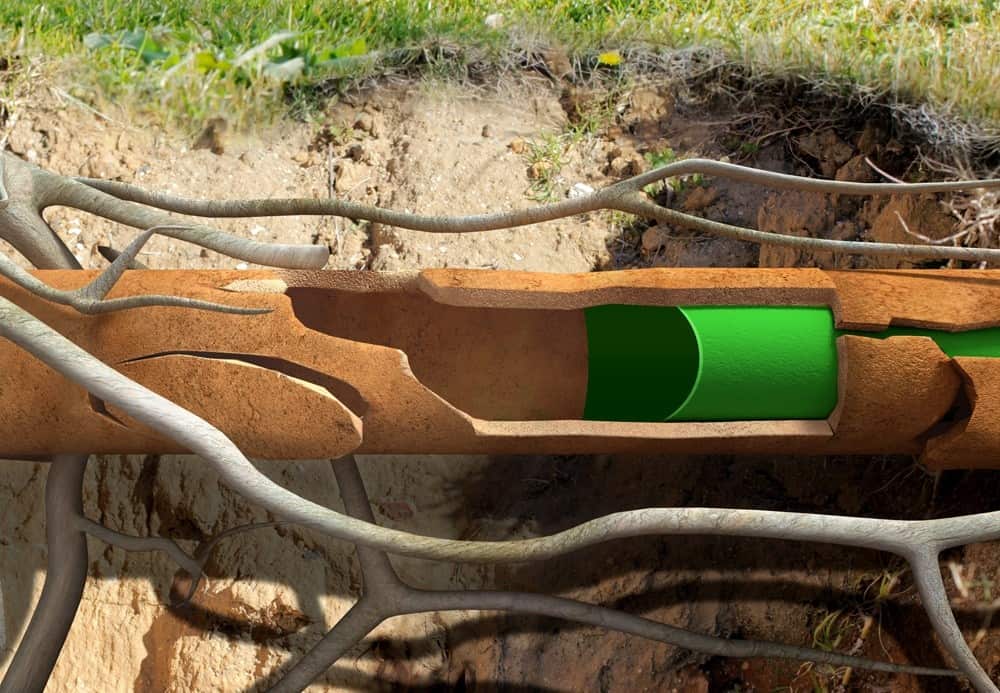 If you know us at Emu Plumbing, you know how we’re a fan of pipe relining. We love using high tech equipment like CCTV pipe inspection to identify the exact plumbing issue we’re facing. And even more, we love offering a solution to broken pipes with one of the quickest and most durable ways possible – pipe relining!

We’re often asked how much pipe relining costs, if it’s worth it and why not just choose pipe replacement instead?

So we’ve put together this comprehensive guide for you to follow if you’re dealing with damaged, hard to access pipes.

Pipe relining is the process of repairing a damaged area or length of pipe using the latest technology. We insert a pipe liner of woven fabric impregnated with silicate or epoxy resin into the damaged area of the pipe (after we have prepared the damaged host pipe) – creating a completely new and incredibly strong inner pipe which is then permanently bonded to the host pipe.

Pipe replacement, on the other hand, is the traditional method of digging up the area where the damage in the pipe occurs and replacing that section.

This sounds like a quick and easy method, but considering a lot of your commercial plumbing can be underneath driveways, buildings or landscaping, it can turn into a big job with a lot of variables (and costs)!

Other than, ‘what is it?’ – there are more factors that come into play when you’re making your decision between pipe relining and pipe repair.

The Cost of Pipe Relining Vs Pipe Replacement

There are many factors that come into the cost of both relining and repairing. There’s rarely going to be a simple price point for either of these services.

If your damaged pipes are underneath building foundations, it means you’ll need to do a full excavation job to reach these pipes. Not only will the excavation be costly, but you’ll have to repair everything that needs to be removed in the process including concreting, tiling and more.

When it comes to pipe relining the costs are also dependent on a lot of factors, including access, type and size of the pipe and the amount of damage.

Often the costs of pipe relining are considered higher than pipe repair. But when you think about everything that comes along with pipe repair – excavating, re-building, re-landscaping, not to mention how long all this takes. So you’ll also need to take into account that down time and what that will cost your business during the excavation process.

Learn more about How Much Pipe Relining Costs in our comprehensive guide.

The Time it takes for Pipe Relining Vs Pipe Replacement

Excavation works to repair a buried or obstructed pipe can take days or weeks. And if you need to rebuild and re-landscape too, it can take months for your site to look as good as it once did. You’ll need to consider how this is going to affect your business and your team.

However, pipe patches or relining takes only a few days.

The CCTV pipe inspection to find the damage, water jetting the pipe to be squeaky clean in preparation for the relining and the actual relining itself can take only a few days! Major plumbing problems to business as usual in only a few days? Yes please!


The Durability of Pipe Relining Vs Pipe Replacement

While you may be thinking that a brand new pipe will be more durable than a relining option, that’s not the case. A correctly installed patch or liner will actually make the host pipe stronger than it was when new.

When You Should Choose Pipe Relining

There are a number of reasons why you should consider pipe relining for your next job:

When You Should Choose Pipe Replacement

While we love pipe relining, we also know there are cases when traditional pipe replacement is the best way to go. These occasions include:

When you work with Emu Plumbing, our team will always start work at the beginning. Before we even think about pipe replacement or relining, we’ll inspect your pipes using CCTV cameras to find the location of the damage and how bad it is. That way we can give you all the costs and timeframes you need to make the right decision for you.